A Brief History of Knives 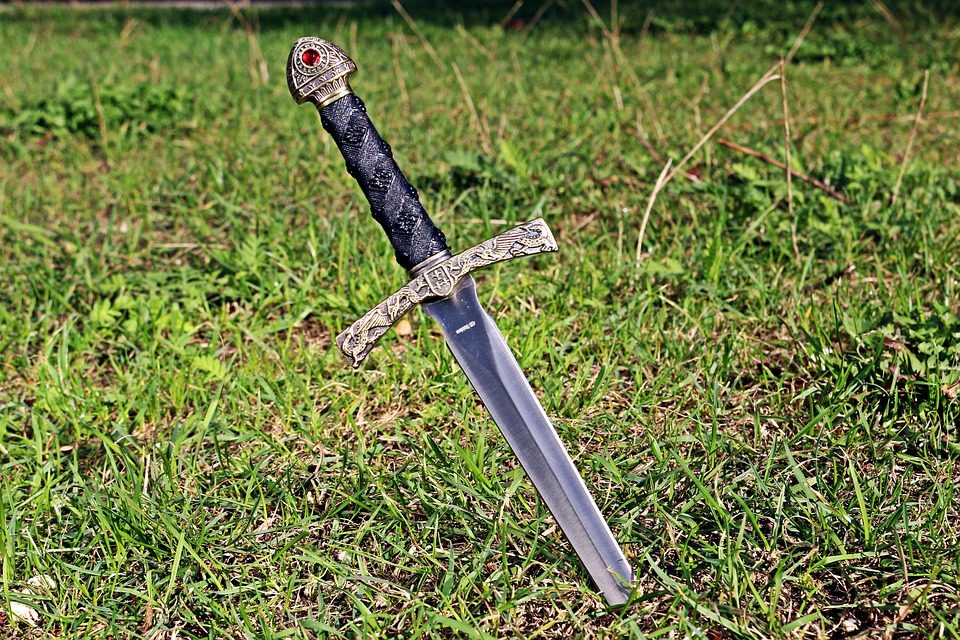 The invention of the knife changed the course of human history; knives can be used to fashion new technology, protect oneself, eat at the dinner table, and efficiently prepare food for the table. Knives are one of the most important tools that helped facilitate the rise of culture, technology, science, and military human power and were instrumental in bringing the human race to this point of modern civilization. In ancient times – nearly half a million years ago – sharpened stones were used for construction, basic food preparation, combat, and survival. Since then, knives have transformed from sharpened stones into beautiful feats of modern technology. The discovery of fire allowed humans to manipulate various metals to form the first blades, getting us to where we are today. Read on to learn about a brief history of knives.

The advent of metallurgy – which is a science that separates metals from their ore – ultimately led to the creation of the knife. Lead smelting, which appeared sometime in the Neolithic period (12,000-6,500 years ago roughly), marked the earliest recorded ore adaptation facilitated by human beings. This raises the possibility that lead smelting in Iraq may have even preceded copper, with the first copper axes discovered around 5500 BC in modern-day Bulgaria/Romania. Copper smelting is documented soon after 6000 BC.

At around 3500 BC, people in the Near East discovered the process to make bronze, which entails combining copper and tin to form the new alloy. The advancements in metallurgy progressively made stronger and more reliable blades for farming, military, construction, and food preparation purposes. The success of the Philistines, an ancient people from modern-day Israel, documented the discovery of iron by extracting iron from ore, which is much more difficult than copper or tin extraction. This marked the beginning of the Iron Age around 1200 BC. These technological innovations helped make the civilizations that discovered them very successful and prosperous.

This final epoch of human prehistory and proto-history (the other two being the Stone Age and the Bronze Age), is defined by archaeologists as the point when a culture reached a level where superior iron tools and weapons had replaced their bronze counterparts in widespread fashion. Smelted iron began to appear in the middle of the Bronze Age, which ultimately led to the collapse of bronze through the continuous spread of iron-working technology within multiple regions. Iron proved to be a much more reliable, stronger, and useful material than bronze for the purpose of knife crafting.

What are Knives Made out of Today? 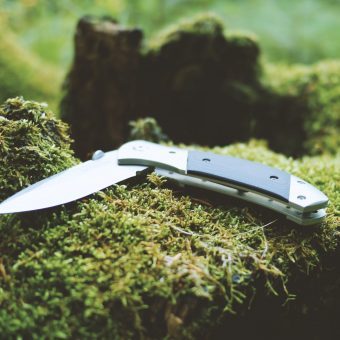 Today, knives are made out of alloy steel, carbon steel, stainless steel, and tool steel. Less common materials used include plastic, obsidian, ceramics, titanium alloys, and cobalt. The most widely used material today is stainless steel, which provides ease of manufacture and maintenance, with an increased resistance to corrosion.

How Was Stainless Steel Discovered?

Stainless steel was discovered in 1913 by Harry Brearley, a Sheffield metallurgist that was experimenting with different types of materials for weapons. He noticed that mixtures containing 13% chromium steel would not corrode after several months. While many others claim this innovation as well, this is the rough time period when experimentation with chromium steel began to increase. Stainless steel gained popularity due to its corrosion resistance when compared to other types of ordinary carbon or alloy steels. Today, it is the most widely-used type of steel for knife blades.

Exquisite Knives is your go-to online custom knife shop for rare and hard-to-find blades of impeccable quality. Visit our shop to see our collection of beautiful and immaculate blades.