The Story of Bob Loveless 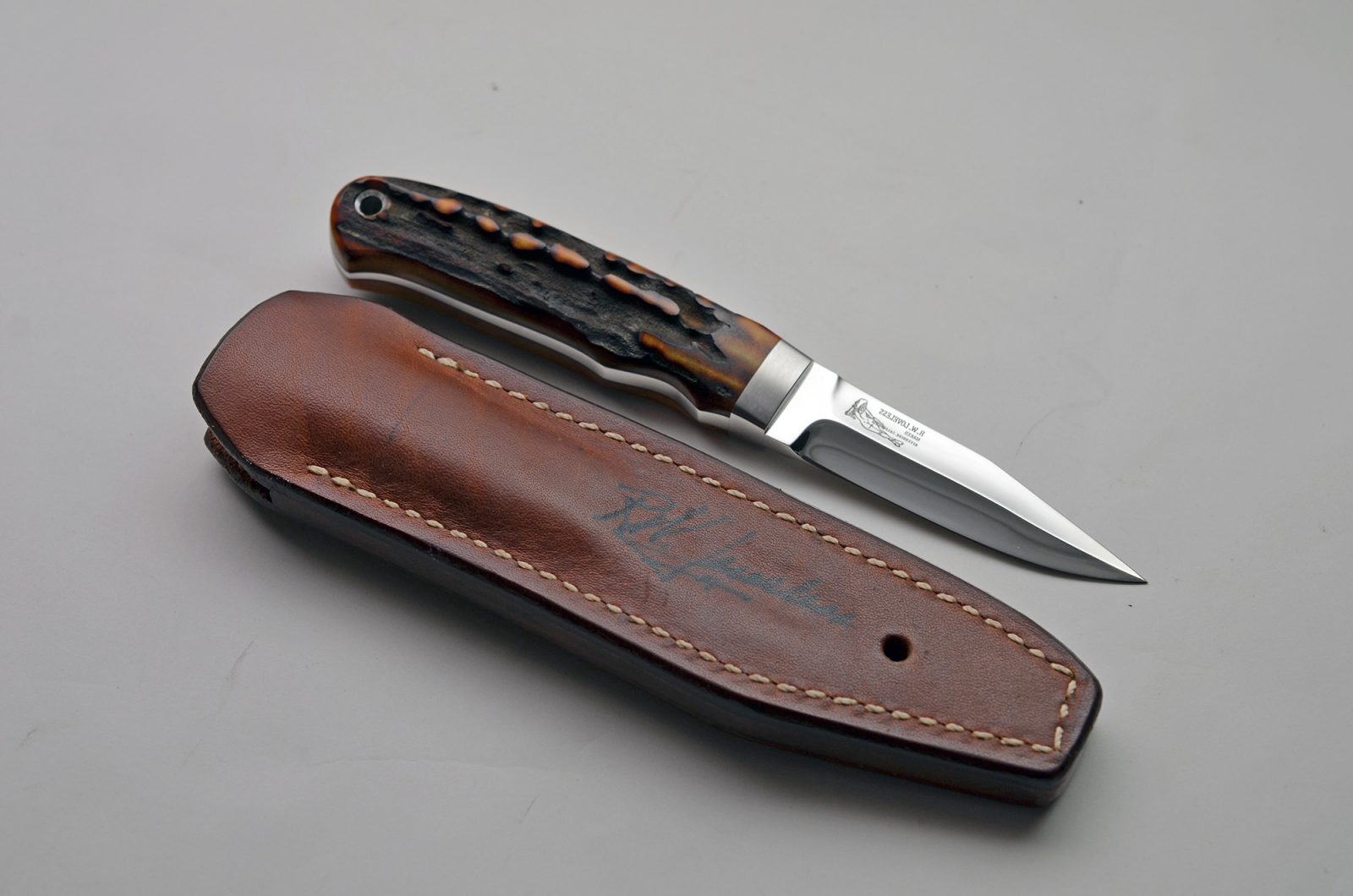 Robert Waldorf Loveless – also known as RW Loveless and Bob Loveless – was one of the most influential custom knife makers of all time. Every knife lover, knife collector, and knifemaker worth their salt has heard the name Loveless, as he is regarded as one of the most innovative knifemakers the world has ever seen. The story of Bob Loveless is a tale for any passionate knife collector; read on to learn more about this iconic bladesmith.

Bob Loveless: The Life and Times

Loveless was born in the city of Warren, Ohio and grew up with his grandfather. Loveless stated that he would go deer hunting with his grandfather: this is perhaps the first time that his interest for knives was piqued. He saw a hunter pull out a jack knife to dress a dear: later, he would state that it was something that impressed him greatly.

After lying about his age and joining the merchant marine at the age of 14, he served in the merchant fleet until he was old enough to join the Air Corps. He then served as a tower operator on Iwo Jima and Guam. After witnessing many knife fights in the bars of the foreign port towns, his interest in knives was once again stirred. Loveless then had a brief stint at Chicago’s Armour Institute of Technology and returned to Ohio in 1951 to study sociology and literature at Kent State. 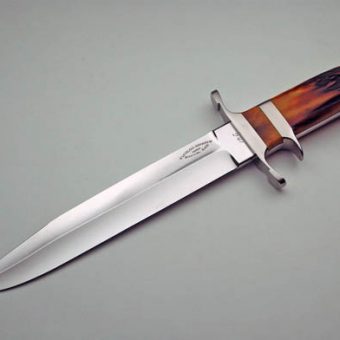 In 1953, Loveless again returned to the merchant marine and set course on a tanker based in New York. Learning that the Abercrombie & Fitch store in New York City sold Randall Made Knives, Loveless stopped in to purchase one; however, after learning that there was a nine month for the knife he desired, he decided to make his own knife and show it to the head of the Abercrombie & Fitch cutlery department. Loveless soon cut a deal with the retailer to sell his own knives, first based off of Randall’s design.  With a $1000 bank loan secured, Loveless made over a thousand knives – called his “Delaware Maids – for Abercrombie & Fitch. He sold his knives to Abercrombie for a little over $20, with Abercrombie selling the knives at their store for $34.50 each. His knives soon became Fitch’s #1 selling handmade item.

By 1960, Loveless stopped building knives based on Randall’s designs and began making his own. Loveless designed the full-tapered-tang method through his study of 19th-century knifemaking techniques; essentially, the entire piece of steel ran through the blade and the handle in contrast to more modern knifemaking techniques, which is to pin or glue the blade steel to the handle. This led to a stronger and more reliable knife design, placing the balance of the weight in the center of the knife.

Loveless went on to pioneer the use of 154CM steel and ATS-34 stainless steel for knife blades and the use of Micarta for knife handle material. Loveless was also a founding member of the Knifemaker’s Guild (founded 1970) and served as the first secretary; Loveless also served as the Guild’s president from 1973-76. Loveless has made knives for the US special forces and the CIA, pioneered the tactical knife, was Gerber Knives lead designer, and designed knives for other companies such as Beretta, Lone Wolf Knives, and Schrade Cutlery.

In 1985, Loveless was inducted into the Blade magazine Cutlery Hall of Fame. 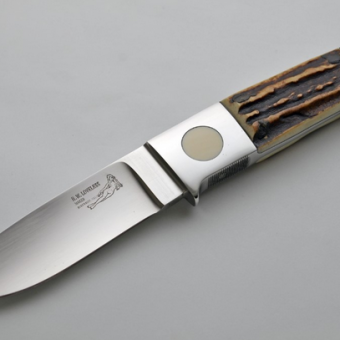 Exquisite Knives is a premier dealer of rare, exclusive, and beautiful custom knives. We feature some of the best knifemakers in the world, with Loveless being no exception. As of May 14, 2019, we currently have one Loveless blade in-stock – a wonderful Amber Stag New York Special. This highly collectible knife features amber stag scales with no pins, with a stainless blade of approximately 3’ and the OAL being 7”. A Loveless knife is always the highlight of any knife collection, as Loveless is a very common name in the world of custom knives. For the discerning knife collector, our collection offers something for every type of collector. Click here to visit our shop to take a look at all of our offerings. As a reminder, please email or call us before ordering any knife off of the site to ensure that the blade is still available, as Loveless blades tend to sell quick. Give us a call at (760) -945-7177 if you have any questions about any of the knives in stock.