What is Damascus Steel

Home / blog / What is Damascus Steel
â€¹Return to Previous Page 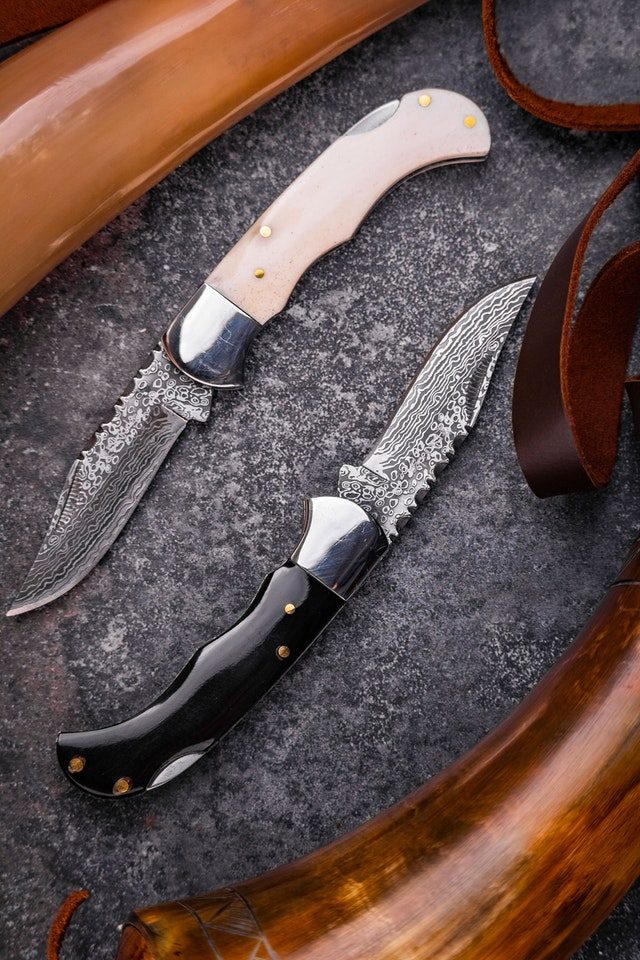 Few blades and their requisite parts command such a legendary stature as that of Damascus steel in history. Damascus is both discussed in reference to the blades themselves as well as the strange water-like patterning that is a byproduct of the forging process.

What is Damascus Steel?

Damascus steel was a type of steel that was named after the city of Damascus which is in Syria. As you may know, Syria is ancient and was once an enormous trade hub that saw many merchants coming into the city to barter and exchange goods. Warfare was a given as well as a constant in the ancient Levant—a period encompassing what is now roughly Syria, Lebanon, Jordan, etc. Weapons trade was a prominent feature of the city and these blades were a prized commodity.

The first manufacturing of Damascus blades is actually traced back to the Near East from what is known. There were ingots of a type of steel called wootz which was imported from Southern India. These ingots made their way into Damascus and ended up being forged in the city. It is likely that the blades which found themselves being traded there ended up gaining their name from that popularity.

Let’s clear up one misconception from the get-go. While it’s tempting to fantasize about a legendary metal alloy and forging method which created phenomenally strong blades, modern forging methods are capable of creating blades with tensile strength far superior to what Damascus provided.

You need only look to popular fantasy novels, shows, and movies to see that this concept is everpresent in the fictional lore of these universes. For example, popular show Game of Thrones had repeatedly stressed the value and sheer coolness of what was called “Valyrian Steel”—a highly expensive and rare steel that bolstered impressive strength and aesthetics but also was the only type of weapon (alongside Dragon Glass) capable of killing the undead white walkers in the show.

Fantasies aside, Damascus steel had a reputation such as this for a time—not for killing the undead but for being highly prized, strong, and beautiful. Something which has been backed up potentially by science. It’s important to remember that the exact method of creation was lost in the annals of history which only further contributed to the legend of Damascus Steel. Analysis of the steel composition has found that the blade possessed high amounts of carbon nano-tubes which would indicate that the strength of the blade was not merely legend.

While we mentioned that by today’s standards the blades wouldn’t hold up, it’s important to remember that relative to their point in history, it is likely that the Damascus steel blades were immensely strong and versatile comparatively speaking to other options.

Pattern welding was popularized by Bill Moran. It’s not the same Damascus blade of yesterday, but the patterns are highly similar. In 1972, Moran was elected to be president of the Knifemaker’s Guild and only a year later he revealed his pattern welded Damascus knives at a show. What’s even more astounding is that Mr. Moran also detailed how he created the knives through the pattern welding process—a process which he finally came upon through trial and error. He greatly helped bring pattern welding to the United States as well as reinvigorated interest in forged blades, which are blades creating using one bar of steel.

Exquisite Knives has featured many of the most sought after custom knife creators in our shop. This site is in large part a place of enthusiasm for all things knife related. If you are an avid knife lover or purveyor of high-end custom knives, keep an eye out! We are constantly selling and acquiring custom knives and so we always have something that you can appreciate.

For more information about our knives or if you have any questions about ordering, please feel free to contact us here!