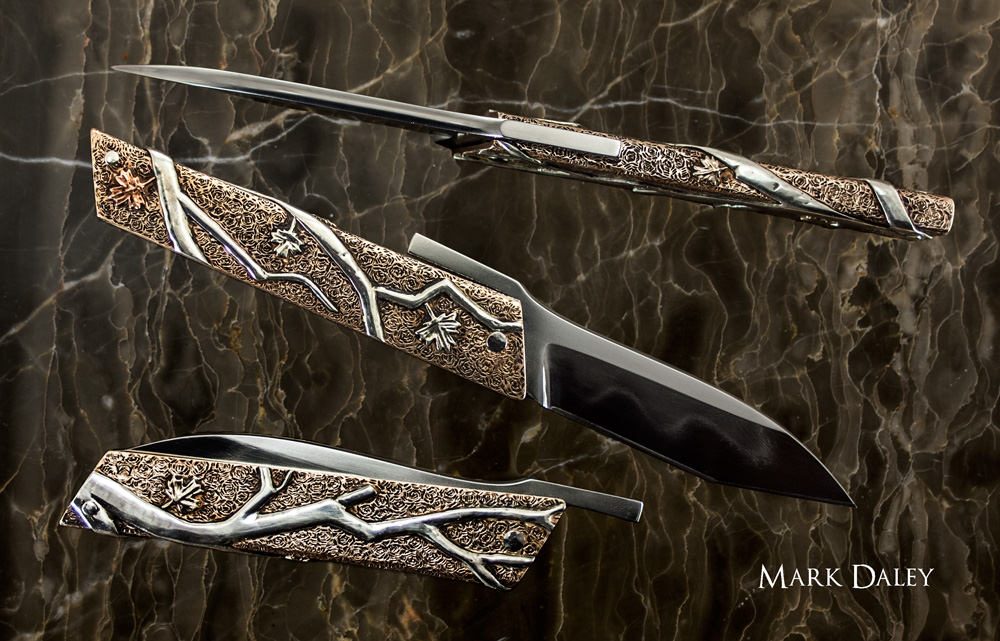 Some of the more noted celebrity knife collectors include:

The talented Angelina Jolie is one of the more notable celebrity knife collectors on our list because she’s spoken about her collection on several occasions in multiple interviews. Actually, one of our more favorite moments of hers was when she was on Late Night with Conan O’Brien during the beginning of her career and she displayed her impressive butterfly knife skills. One of the obvious benefits of fame is the money that comes along with it and Jolie has mentioned that her fame has only made it easier for her to expand her collection.

In the movie, Kick Ass, Nicholas Cage’s character is an avid weapon collector, including knives and guns, but aside from his characters obscene sense of self, Cage is actually an avid knife collector in real life. However, while we recommend you keep your knife collection clean and closed within a display case, that’s not what some people prefer to do, such as Nicholas Cage. We’ve heard stories about how although he has a large knife collection; he often uses them to cut his steaks, which we can’t necessarily argue with, because why wouldn’t you want to cut into a nice filet with a pristine knife?

This has to be our favorite out of the celebrity knife collectors; because it’s such a reflection of the iconic roles he’s played. Just like Rambo, Sylvester Stallone has a very deep passion for collecting some serious knives. According to Stallone, he’s collected knives from some of the most well known craftsmen such as Loveless, Lile, and Moran. We’re sure he has one truly impressive collection within his home.