A Beginner’s Guide to Different Types of Knives 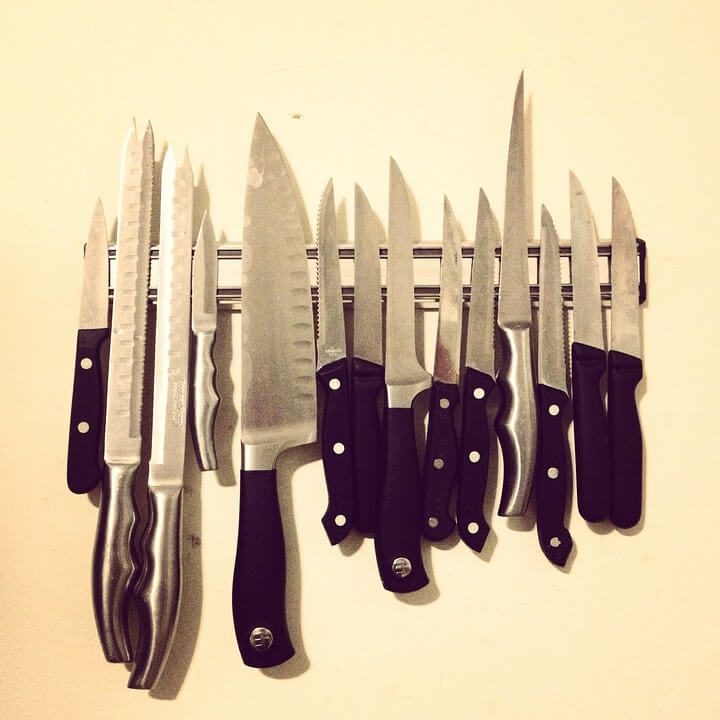 It’s easy to get lost in the world of knives; there are so many different types for a variety of purposes. Before you start exploring the high-quality world of Exquisite Knives’ custom knives, read this comprehensive guide to basic knife types, categorized by use.

Resembling a pocket knife, this knife protects electricians from shock, though some professionals prefer an insulated knife.

The handle of this knife is heat-resistant and the knife itself fits into a sheath that you can wear on your leg. It is perfect for scuba-diving or snorkeling, as the knife is made to be used underwater.

There are a variety of hunting knives, but they can be typified by their fixed blades and a good grip on the handle. A lot of hunting knives are painted in camouflage and have gutting hooks.

Also called a utility knife, the carpenter’s knife has a retractable blade that is refillable and can cut carpet, fabric and other tough materials.

As discussed in our previous blog, scalpels are used by doctors to cut patients open in surgery. They are incredibly sharp, sterile and most often, made of steel. However, as expressed in our surgical knives blog, they can be made of obsidian as well.

This long, heavy knife is used in outdoor settings to cut limbs, plants, trees and coconuts. It is also occasionally used for cooking. There are many types of machetes, as each region has a slight variation on the knife. The word machete refers to the Latin American version, whereas the word parang is used in Malaysia.

This knife contains multiple tools in one handy device. Often called a gerber or leatherman, the multitools knife often includes pliers, screwdrivers and can-openers and can be fit into a belt-carrier.

Weighted at the front, this knife is popular in central Asia. The kukri gives the user a great deal of downward force and power and thus is often used in chopping trees or other large objects.

Used in art projects to create detailed cuts or in architecture to create small models, the x-acto knife features a replaceable knife and a fine-point blade.

Used in the outdoors, the survival knife features a compartment in the handle in which you can store other survival gear such as a reflective device, whistle or fire-starter.

With a blade that folds into the handle, this handy knife can fit right into your pocket. Most pocket knives allow the user to lock or unlock the blade, creating both an open and closed position. A switchblade is a pocket knife that can transform into the open position with only a press of a button.

Combat knives are knives used by soldiers in battle. They include (but are not limited to): trench knives, bayonets, tactical knives and tactical axes.

This category of knives includes throwing knives and throwing stars, which are used for sport and fun.

This faction of knives includes: the chef’s knife, the boning knife, the clever, the bread knife, the paring knife and the carving knife.

was last modified: April 9th, 2018
Social
« The Progression of Surgical Knives Throughout History
Knives That Changed the Game »