Exquisite Knives Explores the Origins of the Knife 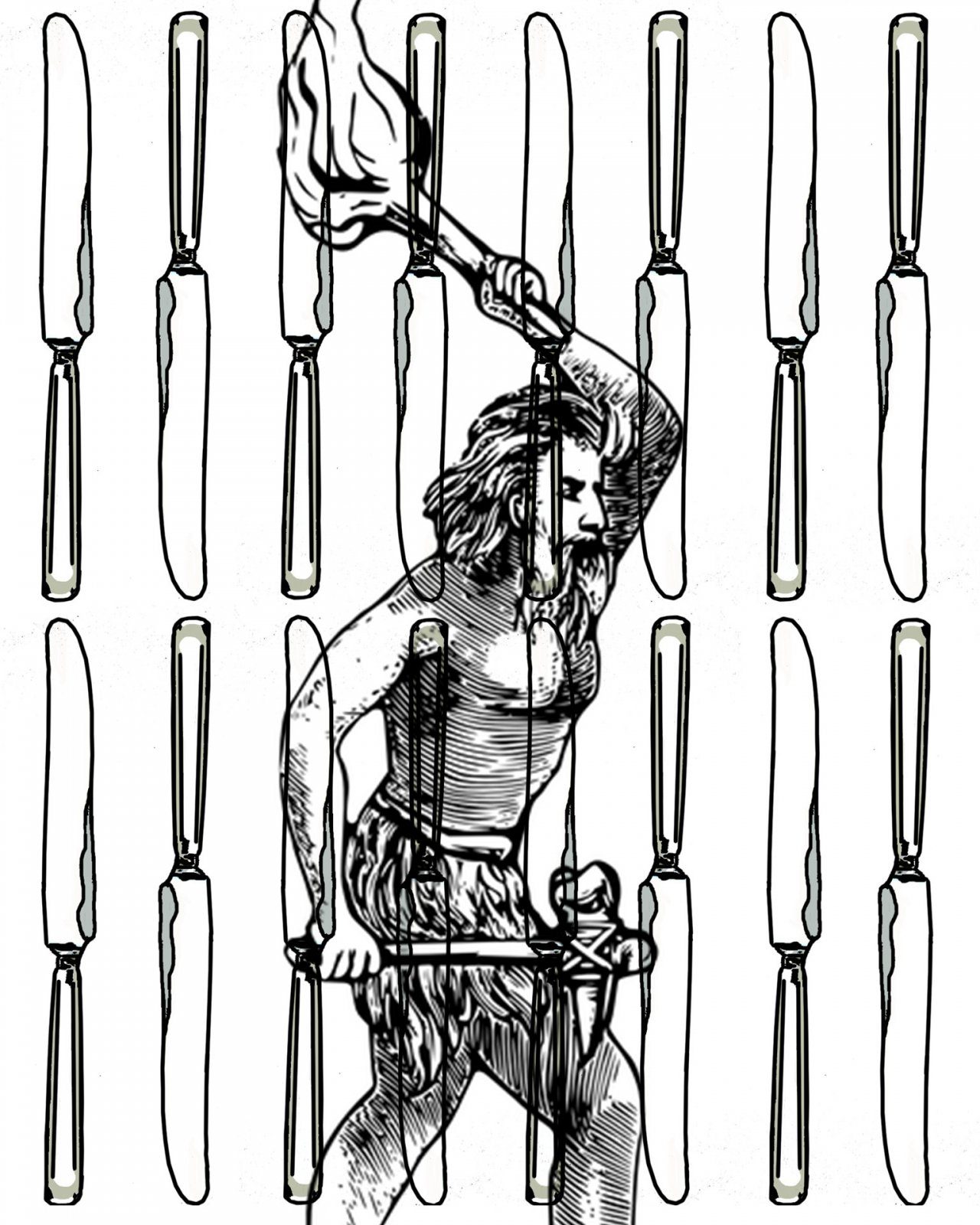 Knives have been used for both eating and hunting purposes since prehistoric times (think cavemen spearing their game, cutting it up and eating it with a jagged rock). The first knives were used by cave people as weapons, eating utensils and tools. The first type of knife and general archaeological industry tool was called the oldowan. They were used in the lower paleolithic period, about 2 million years ago. The tool is also called the Mode 1. These oldowan and other early knives and tools were originally made of flint, rock bone and obsidian. For years, these sharp stones evolved into better and better tools, more and more resembling the knives and tools we see today. Once fire was in play, however, the game was totally changed. Fire enabled the melting of metal, once melted the metal could be forged into modern knives, upgrades from their stone predecessors. Knives started becoming double-bladed and their stone or wooden hilts were embellished with feathers and different types of animal skins.

But knives, as we know them now, have more recent origins and a lot of differences. Modern knives are made from materials such as ceramic, iron, steel, titanium, bronze and copper and they are often fixed-blade or have a folding construction. A folding construction is when knives use a pivot which connects the blade to the handle, whereas fixed-blade knife construction entails knives fitting inside a sheath- they do not have moving parts.

The manner in which knives are used is also something that has differed greatly throughout history. It was in somewhat recent times that knives began to be used for table use. In the Middle Ages, cutlery wasn’t provided for people- they carried their own knives in sheaths worn on a belt. Once knives started to be used at the dinner table, many hosts were nervous that their dual functions would result in violence. In 1669 King Louis XIV of France declared all knives on the street or at the dinner table ‘illegal’ and he ordered all knives to point down towards the ground in an effort to mitigate violence.

The reduction of the knife point actually became an aesthetic change soon after the declaration. Cutlers began to make the blunt ends wider and rounder, a style that you can still see today. This was done in an effort to give knives a pistol-like feel and grip. The changes made during this time- to change the overly sharp knives into blunt and wider ones has held up through present day. However, at least in terms of cutlery, the switch to stainless steel was a really big change in aesthetic, weight and feel for the knife.

From crudely forged stone material to factory-made stainless steel varieties, knives have seen a lot of change- which is what gives them the beauty and historical value they so clearly possess today.