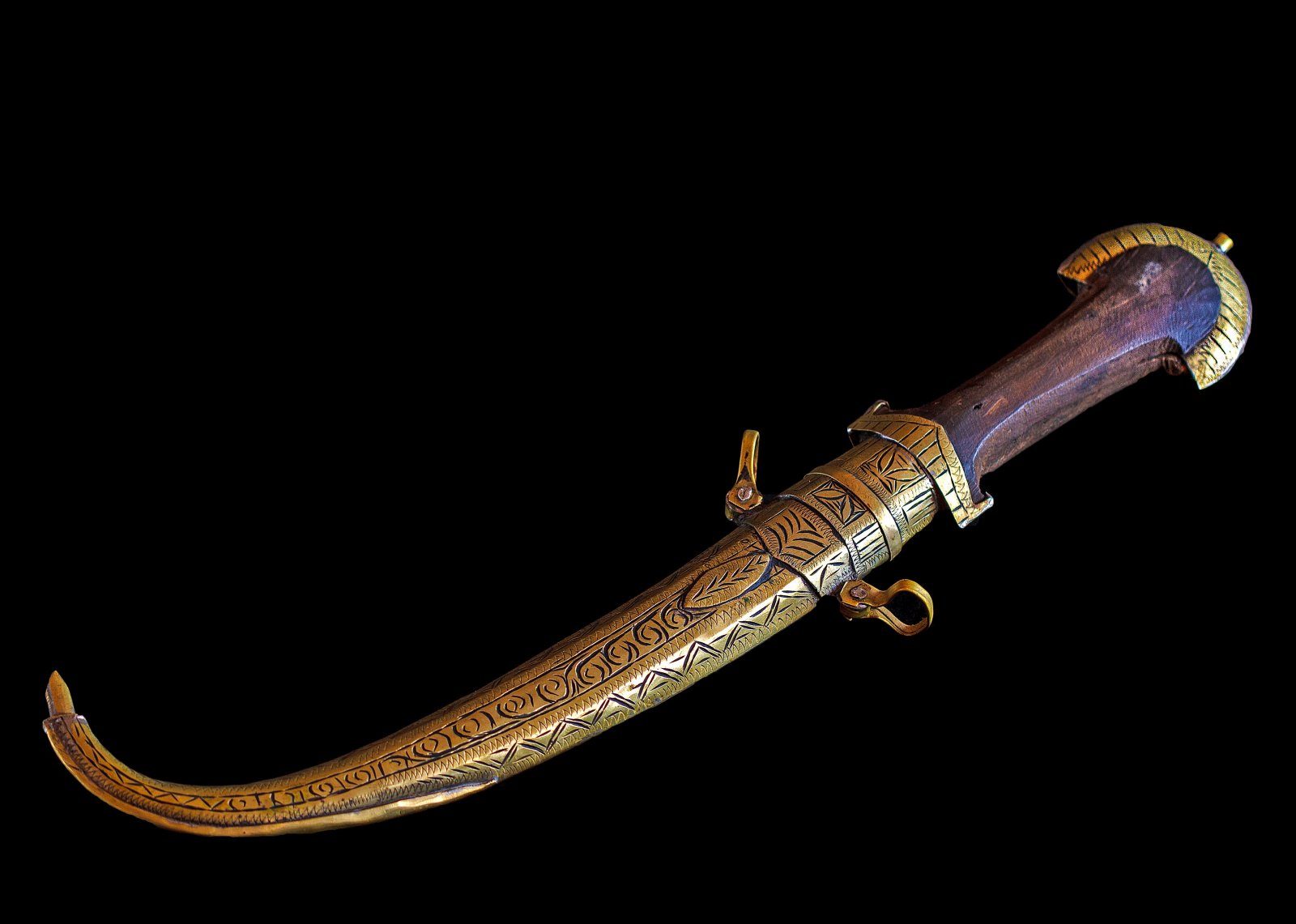 Throughout history, mankind has constantly created new instruments of war and survival. As technology has advanced, so has the way we fought wars. Long gone are the days of armor clad swordsman charging into battle to defend their sovereign nation. Modern wars are fought with such an extensive array of new technology, that sometimes combatants don’t even see each other. Wars can be fought from behind a keyboard and monitor using drones and other unmanned vehicles. Though technology has changed the modern battlefield, nothing has stood the test of time as much as the combat knife. An absolute must, both in terms of defense and utility, knives are a common tool used both on and off the battlefield. Bladesmithing has become an artistry, with the beautiful work coming out of artisans such as Bill Moran, Bob Loveless, Ron Lake, Buster Warenski, and Jim Schmidt. History has brought us some fascinating knives, and we’re going to take a look at a few of them.

The wide, double-edged knife known as the Jambiya is a rather important social symbol to the men of Yemen. The tradition is so ingrained in their society that most men would rather die than be seen without their Jambiya in public. In Tihama, boys are presented with their first jambiya in their mid-teens after going through a ritual circumcision. In Islam, the dominant religion in Yemen, it is forbidden for men to wear gold jewelry. Jimbiyas are considered a weapon, and as an exception to the rule, they can often be found elaborately adorned with all sorts of gold and jewelry.

One of the more significant parts of the jambiya is its hilt, or handle. Traditionally its hilt is made up of rhinoceros horn, which is worth upwards of $1,500 per kilogram and is used on the daggers of the wealthy and the bourgeoisie. Different versions of the hilt can be distinguished by their color. While some jambiya hilts are made with different types of horn, others are made with wood, metal, and ivory from the elephant or walrus. There is such a demand for these handles that Yemen imports roughly 1,500 rhino horns per year just for their jambiyas. After the craftsmen carve out their handles, they then export the powder and shavings to Asian countries, specifically Vietnam, where they are used in alternative medicine as an aphrodisiac and symbol of status by the wealthy and the elite. The sale of rhino horn shavings is big business in Yemen, causing the instances of poaching to become a huge issue for the survival of the rhinoceros as a species.

These days, jambiyas are mostly just worn for show in the name of tradition, though prior to the early 1960s they were still being fashioned as weapons. The Yemini fighters would hold their jambiya downwards and take aim at the base of the neck, where a proper, well-aimed strike could split open an opponent’s entire chest wall. Like other curved knives, the blade bends towards the opponent, negating the need for the user to angle his/her wrist, which provides more comfort as a stabbing weapon than straight-bladed knives. The jambiya has a heavy blade, which enables its user to cut through muscle and bone and inflict deeper wounds than a standard knife. The curved blade also makes it possible for the user to cut and twist the blade upwards, eviscerating the opponent and slitting important internal organs such as the intestines, heart, liver, or lungs. Although people have used them in times of dispute, there are guidelines and societal norms within Islam that must be followed to avoid defamation. The only practical purposes of the jambiya in modern days are ceremonial in nature and usually follow some sort of Islamic tradition.