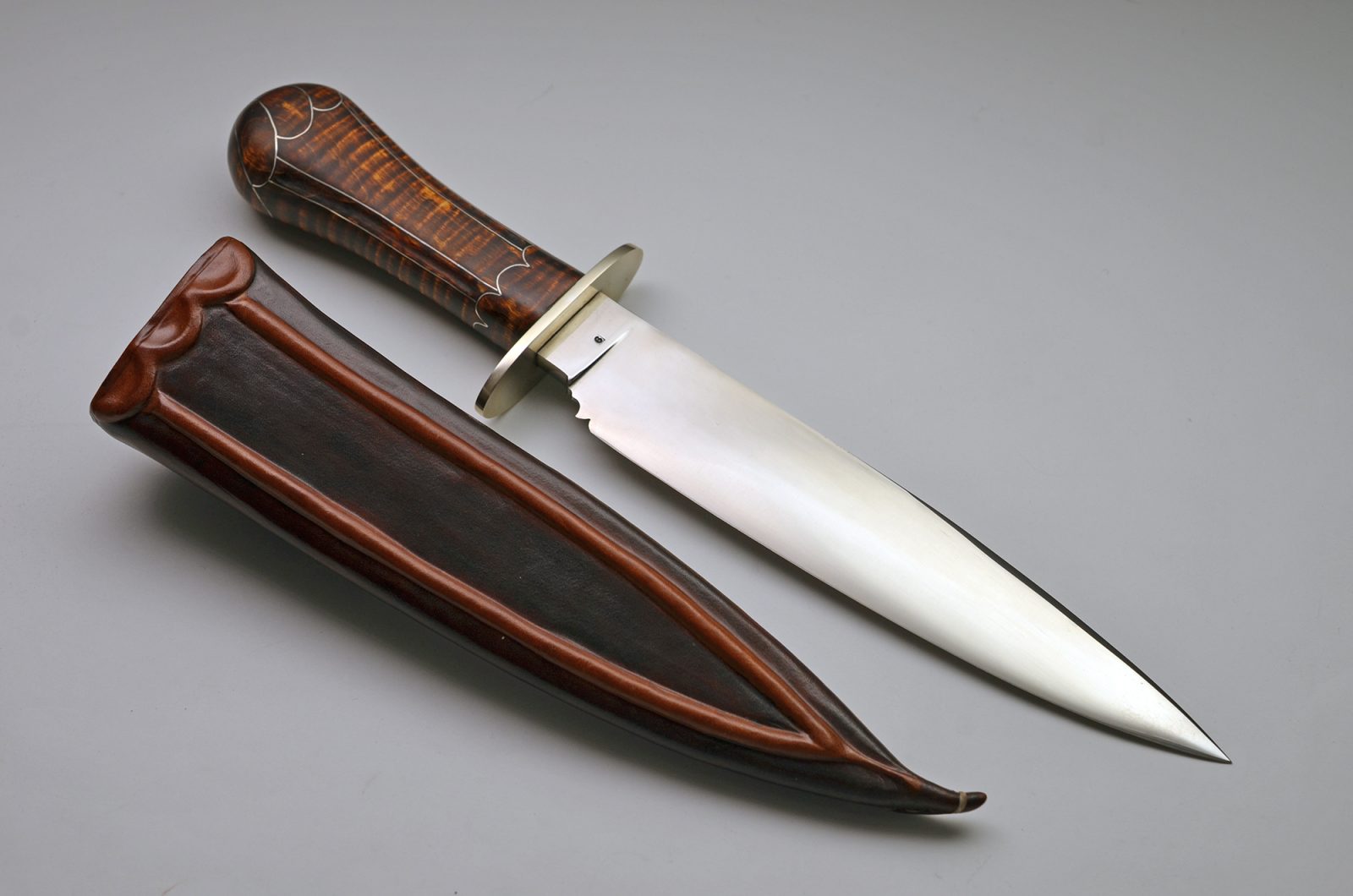 There are few knifemakers whose name is as well known as William Francis Moran. Bill was born on a dairy farm in Maryland where he learned blacksmithing largely through trial and error. It’s clear that he had a passion for the art of making knives at a very young age—he forged his first knife when he was only 12! His passion led him to building a forge on his family’s dairy farm and often borrowing his father’s tools in the absence of proper tools.

While Moran had learned techniques from other blacksmiths at the time, he is on record stating that he felt that he did not learn the right things from them. This is likely not an insult to blacksmiths so much as that there is a reason why blacksmithing and bladesmithing are separate terms. Blacksmiths forge iron and work metals, but bladesmiths specialize in making blades such as knives and swords.

There are a great many things that occur in the history of a person’s life, but for the sake of this blog, what we’re really focused on is knives, of course!

In 1972, Moran was elected as president of the Knifemaker’s Guild. The Knifemaker’s Guild is an organization in the United States which consists of knifemakers. The goal of the guild is to promote knife culture, custom knives, create a more centralized code of ethics around knife trading and business practices, and of course be involved with the maintenance and furthering of technical aspects of custom knife creation.

Naturally, being the president of this organization is a great honor for any bladesmith or custom knife lover. The guild has over 300 members worldwide and have included many big names as former presidents such as D’Alton Holder and Buster Warenski.

If you read our blog about Damascus Steel you’d know that the year after Moran became president of the guild, he unveiled pattern welded “Damascus” knives at the Guild show.

He was a big influence in many things, but his contribution to the knife world will always be punctuated by him repopularizing Damascus steel and teaching spreading the pattern welding technique (or the look of it at least) in the States as well as his emphasis on the creation of forged blades.

At the time, the number of practicing bladesmiths was dreadfully low and was decreasing. Contrary to that, the number of stock removal knifemakers was only increasing. It is a well known fact that during the Guild show in 1973 when Moran unveiled his pattern welded knives, he also was incredibly gracious in handing out a booklet on how to forget the knives to other knifemakers in attendance.

This speaks volumes to what William F Moran was concerned about. He was concerned, first and foremost, about sparking more interest in the art of making forged blades. He could have easily monopolized his pattern welding skills to turn a profit, and there’s nothing inherently wrong with that, but he was looking to the future of the community at large. It is for this reason above all that he is remembered fondly by knifemakers.

While president of the Knifemaker’s Guild in 1972, Moran came up with the idea of creating the ABS. In 1985, The ABS was incorporated and received non-profit status.

The Exquisite Knives shop has been home to Moran knives in the past and we are happy to say we are carrying one at the time of this posting. The Moran AKI Bowie features a wonderful forged carbon steel blade. OAL is approximately 13.25” and the guard sports German silver. It also comes with a leather Moran sheath.

If you have any questions about this knife or any of our other knives, please contact us today and we’d love to hear from you!