Knives That Changed the Game 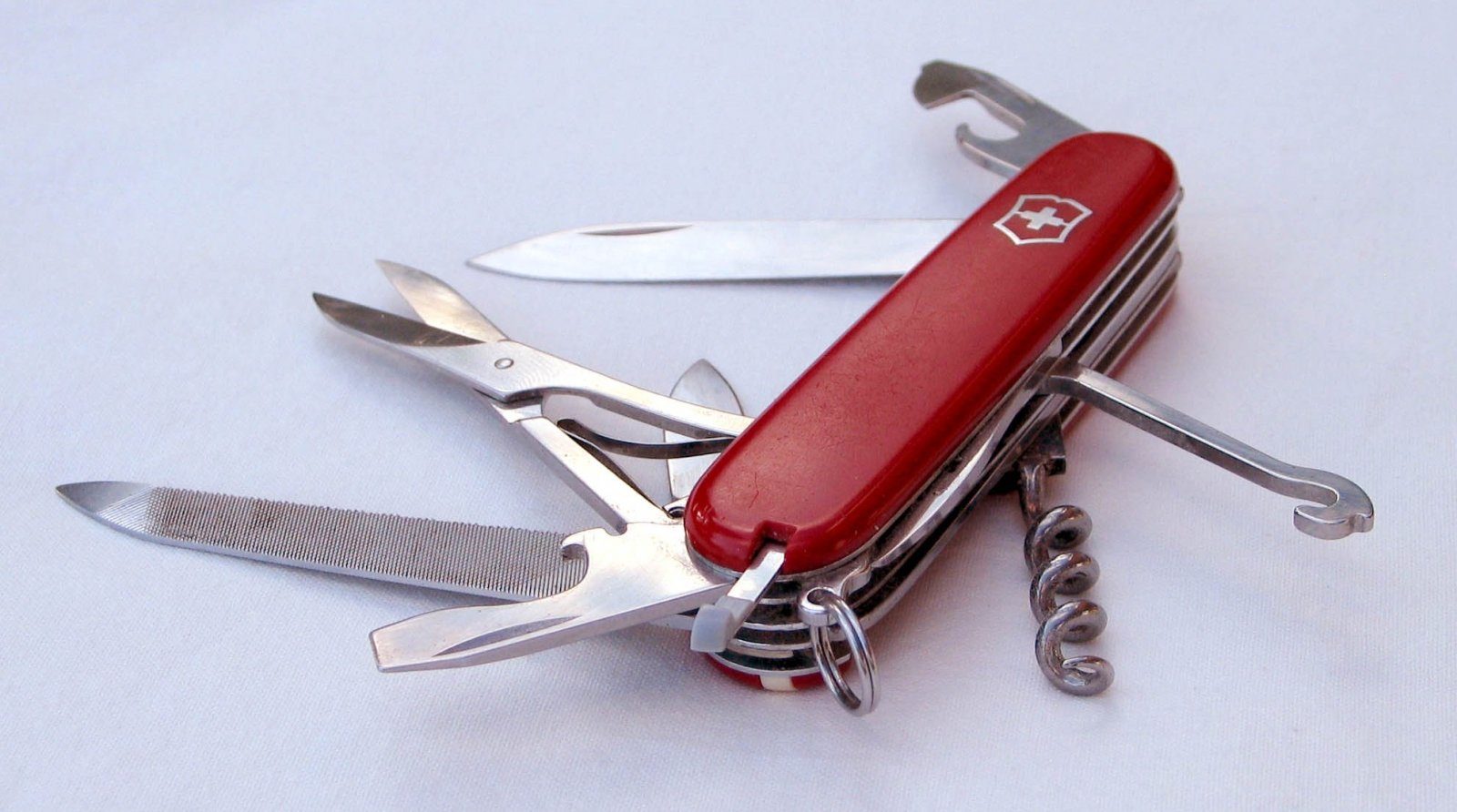 Many knives have proved themselves useful throughout the course of history, but only a select few have earned icon status. This list of “Knives That Changed the Game” is dedicated to those knives and in no particular order, pays homage to them here.

The Swiss Army Knife is one of the most iconic and recognizable knives in the whole world. With a compact and useful design, the Swiss Army Knife provides a lot of utility for only weighing an ounce. The classic rendition features seven tools: a pen blade, nail file, screwdriver, key ring, toothpick, tweezers and scissors. The Swiss Army knife was first produced in 1891 after the company, Karl Elsener, which later became Victorinox, won a contract to produce a new knife for, you guessed it, the Swiss Army.

The V-42 is a fighting knife based on a design created by Fairbairn-Sykes. This knife was specifically designed for the First Special Service Force for use in combat and was issued to the famous Devil’s Brigade. Displayed on the badges of several forces, the V-42 is widely recognized and commonly associated with WWII. The knife was originally maunfactured by Case but more recently, brands like Boker Plus and CAS Hanwei have created real-life renditions of this knife for functional use. Features of this famed knife include a 7 inch SK-5 carbon steel blade and a handle made of compounded leather discs.

A Mora knife is a generic term for a Scandinavian knife from medieval times. The most popular recreation of this historical knife is manufactured by Mora of Sweden. Mora of Sweden sells different types of Mora knives in various handle and blade types, but the most iconic and best-selling is consistently the Mora Companion. Several companies have also created versions of the Mora, but have not achieved as much success at its original manufacturer. Nonetheless, many features displayed in the Mora are used as an industry standard in creating simple and easily adabptable knives like the Mora.

Recently deceased Bob Loveless will always be remembered for this particular style knife. The Drop Point Hunter knife is a very popular choice among custom hand-made knife collectors and everyday users too. “Drop Point” refers to the blade style and “Hunter” corresponds with the knife type; a hunting knife is a knife used during hunting for preparing the game to be edible. Cited by other knife makers and enthusiasts as one of the most legendary custom knife makers who ever lived, Bob Loveless will surely leave his mark on the world with the original Drop Point Hunter.

Anders Hogstrom is a legend in the custom knives world. This Swedish knife maker has a number of popular knives on the market, but one of the most famous (and currently the top rated knife on our digital shop) is his Fighter Knife. With an 8 ½ inch blade, textured bronze fittings and an ironwood handle, the Fighter is as gorgeous and well-made as it is useful and swift.

was last modified: April 9th, 2018
Social
« A Beginner’s Guide to Different Types of Knives
Knife Superstitions from Around the World »