What is a Bowie Knife?

Home / Articles / What is a Bowie Knife?
â€¹Return to Previous Page 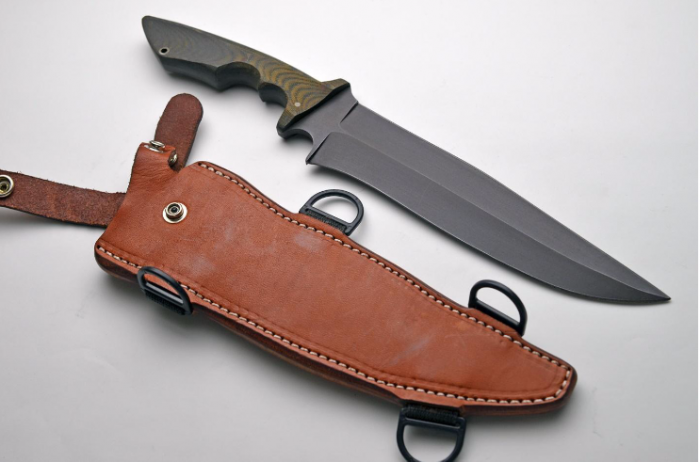 The Bowie Knife has been popular for nearly 200 years. Made famous by Colonel Jim Bowie, who died fighting with the Texans inside of the Alamo, the Bowie Knife is popular among hunters and collectors alike. The blade is long and allows it to have reach in combat or hunting situations, and their size also gives these exquisite knives a great aesthetic feel and old-timey look.

Most knife enthusiasts will know the origin of the Bowie Knife. But these knives have been legendary since Bowie first made them famous. There were even knife fighting schools opened in the Southwestern United States in the mid-1800s to teach the art of fighting with a Bowie Knife. Jim Bowie is most famous for his part in the Battle of the Alamo in San Antonio, Texas. After his death both he and his knife passed into legend forever.

The Great Parts of a Bowie Knife

Jim Bowie made these knives famous by using one in a duel during the early 1800s, but they were actually invented by bladesmith James Black. Even in its earliest days, the knife was improved by Bowie himself several times. The knives generally feature a crossguard designed to serve to protect the hand that grips the knife, and the knife is usually in the shape called a clip point, which is the shape of most Bowie knives when the back end is curved.

The Bowie Knife has never been clearly defined. It is named after a folklore hero, but the specifications and measurements that make a knife a Bowie were never clearly laid out. For this reason, the knives are generally identified by their appearance. However, they usually have a blade between 5 and 24 in. and a total length between 12 and 30 in. They generally feature a crossguard and the clip point blade shape, as mentioned earlier. This is the design that makes a Bowie Knife easy to identify.

Today the Bowie Knife is one of the most famous knives in the world, especially popular among hunters and outdoorsmen in the United States. Custom bowie knives are able to be designed for special uses and circumstances, and can even be used as a tool for outdoor purposes, because of their length and durability.