5 of the Best Knives Ever Made 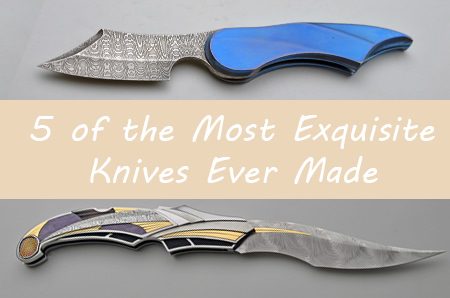 Whether you use knives for hunting, camping, fending off zombies, or you’re just a collector, there’s a beautiful handcrafted knife out there for anything. While we’ve come a long way since the first knives ever made, 40 years ago is when the magic really started to happen. Quality knives have been in high demand for hunters and collectors alike which has created a boom within the industry.

At Exquisite Knives, we’re obviously big knife enthusiasts. With that being said, here’s a list of five of our favorite knives that we’ve come across in this buying and trading industry.

5 of the Best Handcrafted Knives