Difference Between Pearl and Mother of Pearl 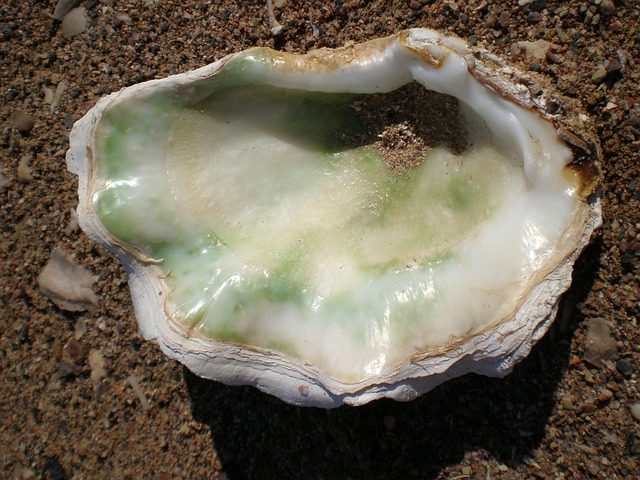 In the world of art knives and collectibles, the hallmark of a knife is not only the mark of the creator, but also the interesting combination of materials used in the construction of the knife. Like many other objects, the cost of the base materials alone can contribute to the rarity of said object or a dramatic increase in price.

One of those rare materials is pearl and sometimes mother of pearl.

What is Mother of Pearl?

To be clear, mother of pearl is significantly more affordable than pearls are. This has to do with how both materials are created. Mother of pearl is the organic material which forms the lining of a mollusk’s shell. It may also be referred to as nacre. Nacre is a result of the mollusks immune system which seeks to protect it against foreign invaders and irritants.

Mother of pearl has a very creamy and silky texture which makes it an incredibly popular choice in the inclusion of jewelry. It has the presentation of a luxurious material with a fraction of the cost. However, because of that inclusion, it is often accompanied by expensive luxury items such as solid gold necklaces because of how well it pairs with various ores and metals.

Interestingly, there are different rarer varieties of mother of pearl which are gray, yellow, silver, black, blue-green, and red. These materials do get used in collectors works—for example, a Salvatore Puddu art folder we have since sold (congratulations to the owner!) had a beautiful gold lip pearl embedded in the handle. You can see how brilliantly this material works with a metallic sheen.

Difference Between Mother of Pearl and Pearl

The most important difference between mother of pearl and pearls are much more expensive due to their rarity.

The nacre that forms mother of pearl is common to all mollusks, whereas the probability that a foreign object will enter the mollusk and form the basis of a pearl is very rare.

If it’s being used on a knife, it is most likely going to be mother of pearl, as the form factor of nacre is better suited to integrating onto a knife handle than the rare spherical pearls are.

Why Do Knife Makers Use Mother of Pearl?

Making a beautiful knife is about craftsmanship but it is also equally important to use materials that convey the impression you are trying to make. Many knife makers try their hand at making a very elegant knife. It’s not about the cost, but the look. Anyone can jam a fistful of valuable ores and encrust them onto a blade handle, but is it done well?

Pearl and mother of pearl convey a slick elegance that is not overly gaudy. The luster that both objects possess match very well with the metallic sheen of knife blades as they carry a similar reflective quality.

Did you enjoy this article? Be sure to read our other articles for a look into all things about collecting and appreciating rare collector’s knives and the greater knife collecting world!

If you have any questions about our knives in the shop or have any other questions, get in touch with us and we’ll be happy to get back to you!

Social
« The Art Knife or The Practical Knife?
Famous Knives: History of the Buck Knife »