The Legacy of Bob Loveless 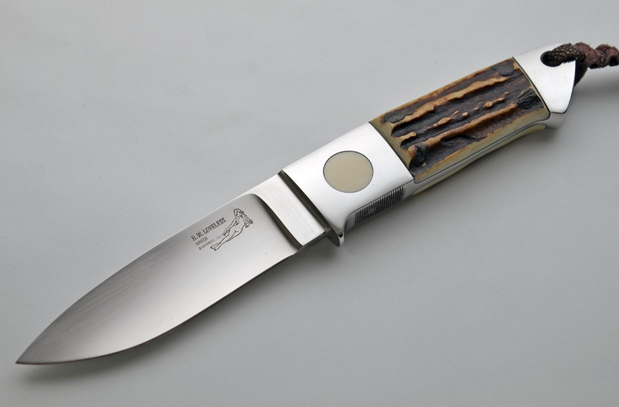 Bob Loveless is a legend among anyone that knows even a little bit about quality knives. The American knifemaker started making knives in the 1950’s after developing an interest in knives as a merchant marine during World War II.

When Loveless returned home, he went to Abercrombie & Fitch and realized that he couldn’t get the knife he wanted for over nine months. Loveless was determined to have a quality knife, so he simply made his own. This was the start of what would lead to Loveless’ hollow ground drop point blade style.

In the mid-50’s to 1960, Loveless created the famous Delaware Maids knives for Abercrombie & Fitch. The knives achieved outstanding popularity.

Another key characteristic of Loveless knives is the use of a fully tapered tang throughout the whole knife. Loveless can be credited with encouraging the use of 154 CM steel and ATS-34 Stainless steel beginning in 1972.

Loveless wasn’t ever afraid to take his own path. While many knife makers stamp their names in the steel of the blade, Loveless felt this would make the knife weaker, so he used an acid etching technique that makes it easy to tell that a knife is original.

The Knife Makers Guild was founded in 1970 by Loveless and other makers of quality custom knives. Some Loveless knives are very rare. Although he produced fighting and tactical knives, he would only sell these to police or military that he felt had a practical reason for needing such a weapon.

Designs For Other Companies

Loveless designed knives for Schrade, Gerber, Lone Wolf Knives, Beretta, and more. He created the popular Gerber Guardian knife. Cold Steel makes a replica of his famous Big Bear Classic. Custom pocket knives and tactical knives were designed and produced for the CIA and US military. Some of his styles were James Bond-like in their functionality. He designed a knife that fit in a passport case that when the case was thrown at something, the knife would penetrate!

Bob Loveless left us in 2010 but Bob Loveless Knives and the man that made them will always have a place in the hall of fame of makers of custom bowie knives. Modern artisan knife makers owe a lot to this man and all he did for the knife world. Loveless was always humble about his work. He could not believe that anyone would pay what some of his knives were sold for at collector auctions.

was last modified: April 13th, 2016
Social
« What Makes A Great Custom Knife?
The Pros And Cons Of Full Tang Or Partial Tang Construction In A Knife »