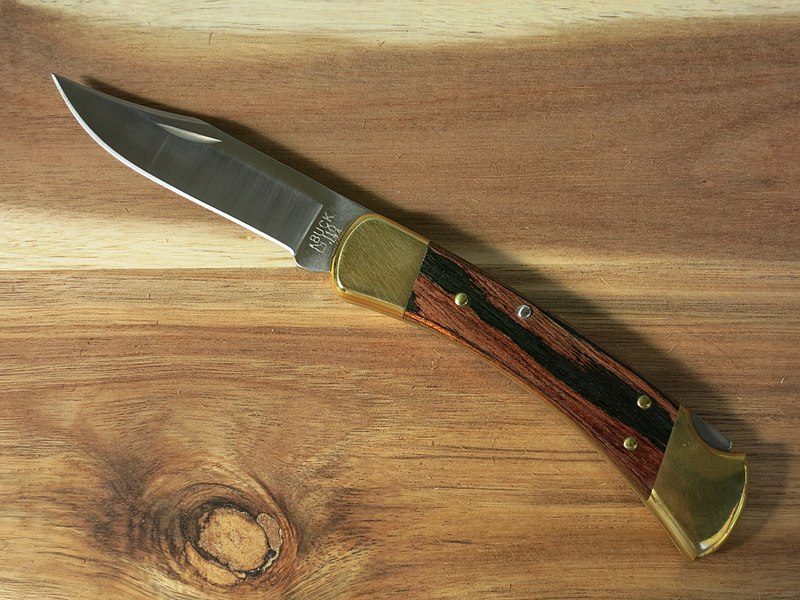 All throughout the knife world, there are both legendary knife makers and knives that are legendary in their own right. What makes a knife legendary? If you look at every famous knife, there is not just a story behind it, but a plethora of stories. Famous knives typically achieve their legendary status through their universality and name recognition. If you read our articles on the Bowie knife or Ka-Bar, those are examples of legendary knives. As you might have guessed, there are many knives that belong in this category of name-recognition. Today we’re talking about none of other than the world-famous Buck knife!

Hoyt H. Buck (born in 1889) learned to work steel at the age of 10. Like many famous knife makers, he spent a few years apprenticing with a blacksmith. He was drawn to tempering steel at a young age and his first contribution was devising a better way to treat steel with heat so that the resulting product held its edge longer.

Despite showing an interest in knifemaking as a young man, Hoyt left Kansas in 1907. He at some point enlisted in the Navy and it wasn’t until the 40’s that he’d take up the craft again.

He began making the first true era of Buck knives in 1941. It was said that he was crafting each knife individually with using only worn-out file blades for the raw material. His inspiration to do so was the attack on Pearl Harbor which was the trigger for the US to enter the fray in WW2.

Given their entry into WW2 was not planned but forced by the actions of Japan, certain supplies for troops were not fully prepared. One of those things was personal knives. Buck undoubtedly felt it was his civic duty to provide his talents to the nation and thus created a makeshift blacksmith shop in the basement of his church.

After the conclusion of the war, Hoyt and his son, Al, relocated to San Diego and officially set up as H.H. Buck & Son. During this time Hoyt taught his son Al how to grind and create knives so that his technique and ever-popular knives would continue on to the next generation. Hoyt unfortunately passed away due to cancer at the age of 59 in 1949.

In 1963, on April 18, the board of directors for Buck authorized the development of a new knife. This knife was to be a folding utility and hunting knife which would have a clip point blade and sturdy locking mechanism.

While nothing noteworthy during our modern times, the promise of a folding utility knife with a locking mechanism strong enough to do the work that was typically reserved for fixed blades was a tantalizing proposition—one which Buck delivered on in spectacular fashion.

The Buck Model 110 Folding Hunter was a wild success that revolutionized the knife world at the time. A truly useful utility blade that could be compact and fold, but also do actual work without fear of damaging the folding mechanism. The universality of the knife is supported by the estimated 15 million knives sold since its release.

Do you enjoy reading about the history of some of the most iconic knives of our time? We sure do! The Buck knife was the dream gift of many boys in the 60s and onward. Its presence can be seen in many popular films of the era and is a superstar in its own right.

If you love knives, visit our shop and check out some of work we feature from some of the finest knife makers of our day as well as days gone by.

If you have any questions about our knives, contact us here today!

Social
« Difference Between Pearl and Mother of Pearl